Don't Let This Happen To You!

I was Locked Out!
I paid for my campsite, parked my motorhome, plugged in, opened the awning, etc... and then discovered my bathroom door would not open! I pulled, I tugged, I leaned, I lifted, I stuck a prying screwdriver between it and the jamb, all to no avail. 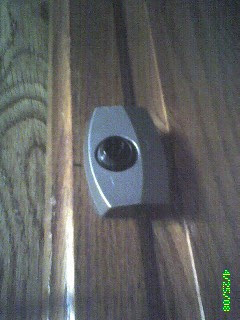 The outside of the latch has a deceptive key-slot looking groove in the button. It's purely decorative. If that button does not go in, that door does not open.
When I came back from the shower house, I took the door off its hinges enough to get it open. I removed the latch from the door and examined it closely. On the inside, lavatory side, is a small lever: a lock! While I was driving, road vibration had moved it to the left, locking the door.
I don't want that to ever happen again. I reinstalled the latch, and put a screw in through the slot where the lever would have to move to lock the door. 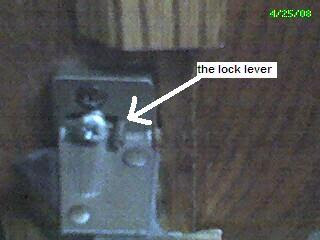 In the picture, you can see where the screw blocks the lever in the right-side position. It cannot sneak over to the left which would lock the door.
It is now PERMANENTLY unlocked.
Posted by Gypsy Jane at 3:39 PM