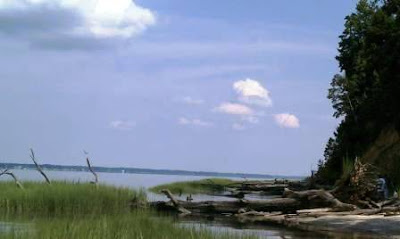 I stopped for a post-work hike and light supper at York River State Park Tuesday. 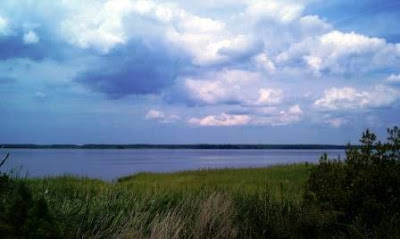 Seeking shade and water, I walked some of the nearer trails. 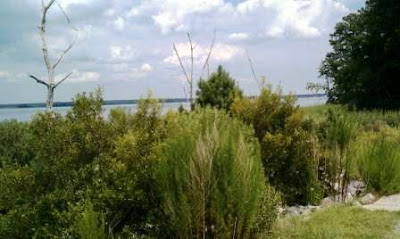 The park has a network of developed trails, with boardwalks across marshy areas and streams. 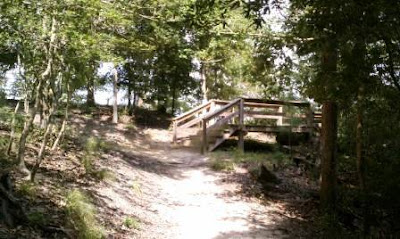 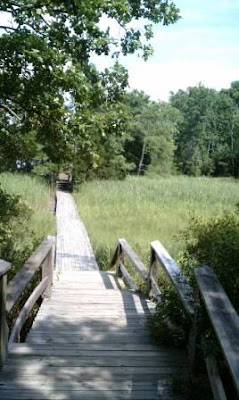 In the mud are very tiny crabs. 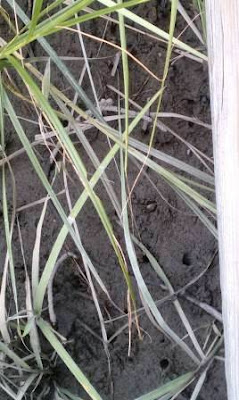 You have to look closely to see them, but the holes give them away. 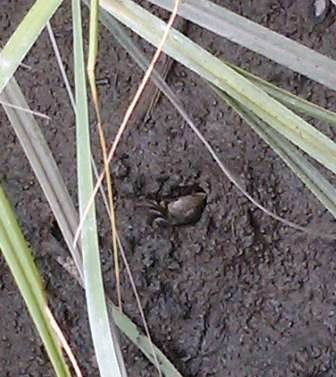 Some of the trails will take you to the river's edge, where there are beaches and cliffs where the land has worn or broken away. 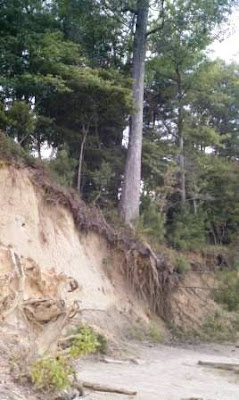 I don't want to be there when this tree lets go. 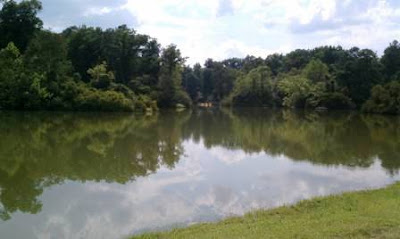 Near the pond, I spooked some deer. They reappeared around the bend and, since I already had my phone/camera out, I got some pictures. They did not care to stay around any time they heard the zipper on my belt pouch, though. 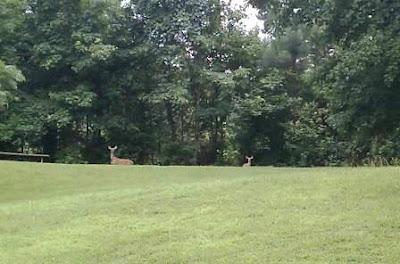 After my walk, I parked myself on a bench for supper. This squirrel was not so shy as the deer. He was barely shy at all, actually.

I was eating, and reading my current eBook (Doc), when I heard what turned out to be this squirrel climbing on the back of the bench on which I was sitting. Then he came up on the seat to see what I was eating. He walked right up to my bag of grapes and asked as politely as a squirrel has ever asked me anything if I would be willing to share.

I know, I know, don't feed the wildlife. Well, someone else already had, he'd already been corrupted, and he was a most personable dinner companion.

So I gave him a grape. 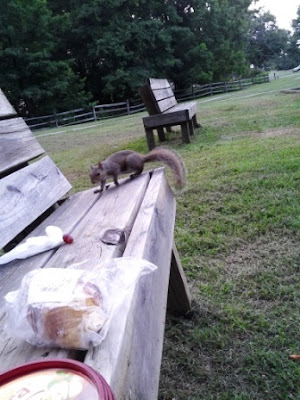 The first couple of grapes I tossed to him on the ground. Then I put some on the bench. 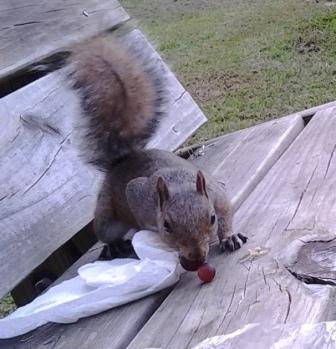 The first couple of grapes he grabbed and ran, stopping to eat them a few feet away. 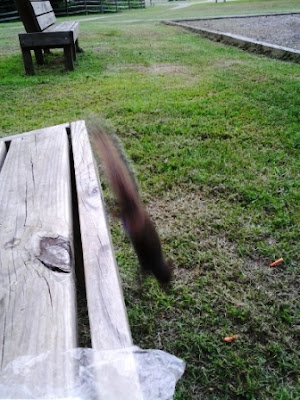 But then he decided it would be better to eat them right there with me. 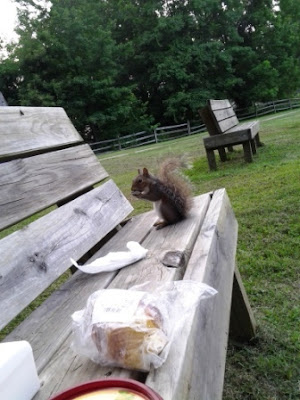 When he'd had enough grapes, he took the grape and buried it in the playground for later. 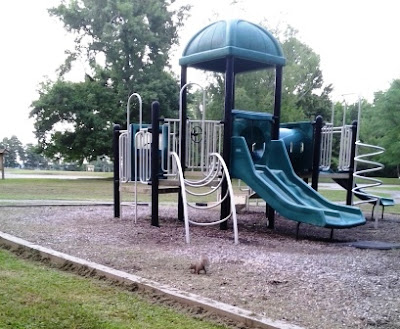 I stopped giving him grapes, then, and after a bit he decided he wasn't full after all and dug up that grape.
Between us, we finished my bag of grapes, and he was SO disappointed.