A friend emailed me several months ago that he was moving out west and would I like to have his tipi poles?  Of course I would.  So, since I was in Georgia and the poles were in Virginia, I asked Sue to pick them up.  Which she did.  In a monsoon.
Meanwhile, I ordered a tipi to go on the poles.  It arrived in Virginia last month.  I didn't.  I recorded music in South Carolina, visited one of my daughters and her family on my way north, and finally caught up with the lodge yesterday.
It has been about a decade since my eighteen foot tipi died of dry rot after years of hard use and lots of great camps.  This time I got a smaller one.  I figure I camp by myself and I'm older than I was...  so a fourteen foot lodge should be fine.   Less canvas, less poles.
So yesterday after parking the motorhome, I set up the tipi.  Loaded stuff for rendezvous into the van, slept, loaded more Stuff, took the lodge down, loaded it...
Now the motor home goes to the shop for electrical work and I'm going rendezvousing.

It looks so wrinkled.  Yeah.  New canvas is like that.  Give it a camp or two.  The instructions specifically say not to stretch the wrinkles out. 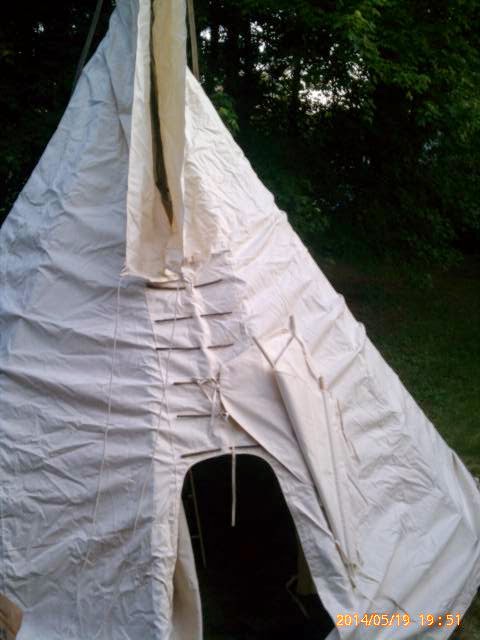 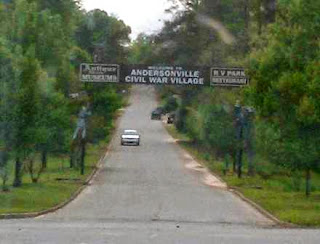 I stayed at the Andersonville City Park campground in mid-April, on a beautiful spring weekend, to explore Andersonville GA. It's a pleasant small campground right in town. $18/night, and you register at the Visitors Center at the Drummer Boy Museum. 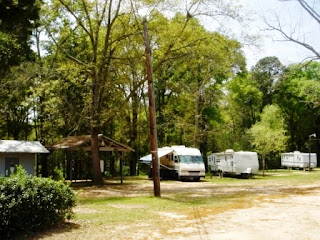 I set up camp and set out to explore Andersonville. 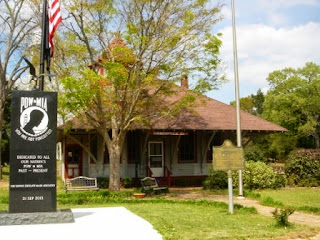 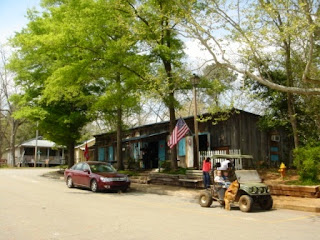 The first thing I did after setting up was to walk to the Drummer Boy Museum.

Lots of artifacts
and mannequins
dressed in
Civil War attire,
and a model of
Andersonville Prison
in the middle of the room. 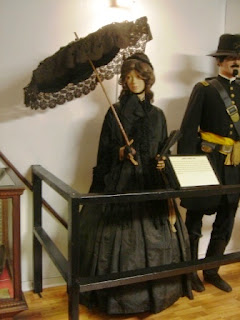 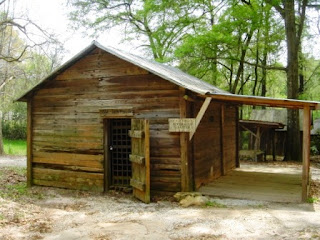 There is also a pioneer farm, which includes the original jail, a blacksmith shop, and a functional mill. 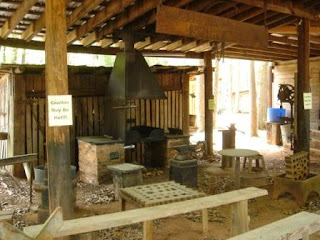 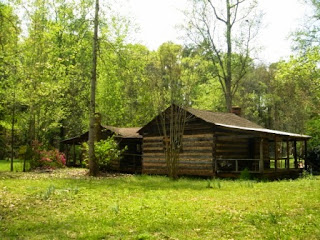 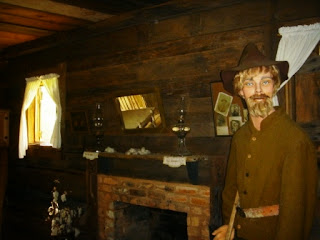 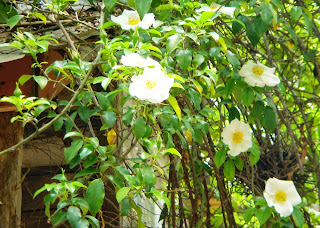 This is the Cherokee Rose, Georgia's State Flower. 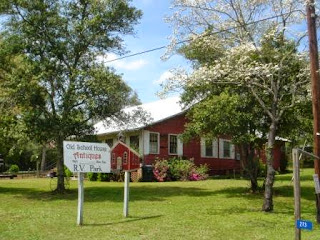 At the entrance to the RV park is the Old School House Antique Shop, one of several in town. 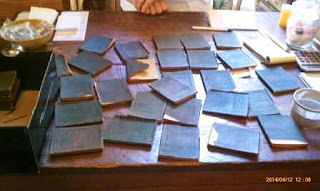 I was there browsing when a local man came in to show the people there what he'd scored at a yard sale: Some 27 volumes of Little Leather Library books. Yes, once upon a time you could get a tiny book of Shakespeare along with your Whitman's Chocolates. 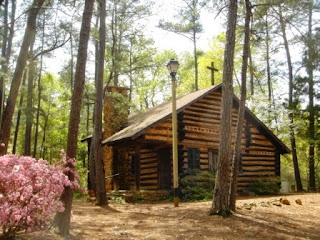 I was charmed by the architecture and landscaping of this historic log church just downhill from the campground. 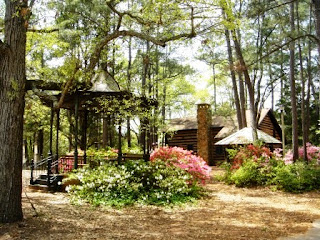 When I left Andersonville, I visited the Andersonville National Historical Site. This includes the POW museum, dedicated to POWs in all wars. 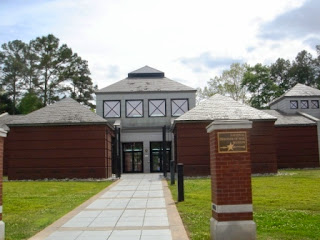 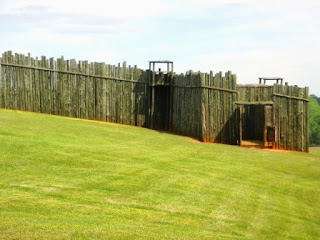 Prisoners would arrive in Andersonville by train and be marched to the main gate of the prison. 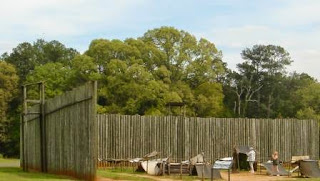 There really was no prison. Whatever could be scrounged served as housing. 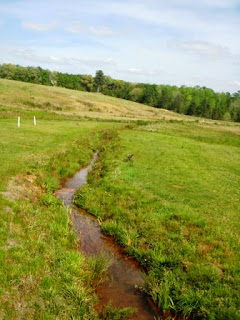 The only water source was a sluggish stream through the middle of the prison camp, with the latrines downstream but other sources of pollution upstream. 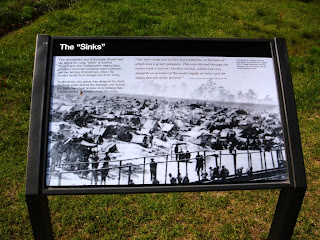 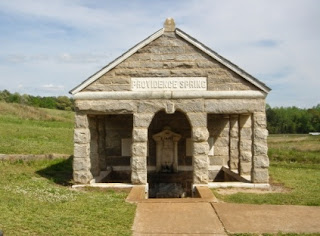 "In desperation, a group of soldiers began to pray for water. Soon, a storm broke out, and thunder roared, and where lightning struck the prison ground, a fountain of pure spring water erupted. Whether it was the prayer or construction of the prison that caused the underground water to well up, no one knows, but that clean water saved the lives of thousands of Union soldiers, and continues to flow to this day." (quote is from site linked.)

Posted by Gypsy Jane at 7:58 PM No comments:

It was a beautiful day to be outdoors, walking around on the farm where President Jimmy Carter and his brother and sisters grew up. The farm is now a National Historic Site. 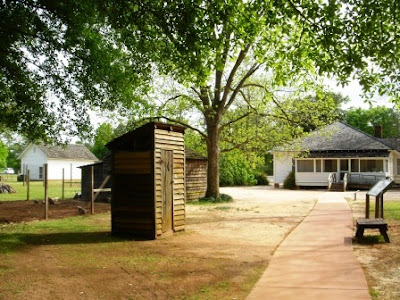 Enter through the back porch... 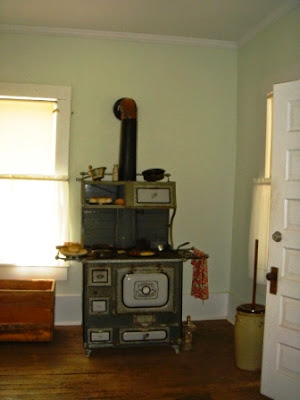 I loved the stove in the kitchen, having cooked on one like it. 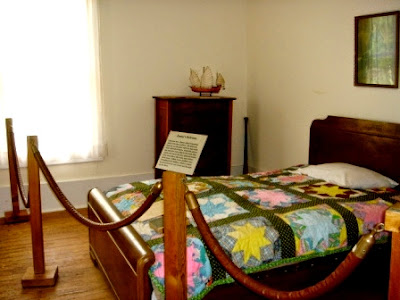 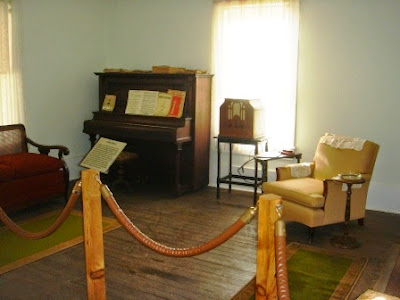 The living room, with radio and piano, where the family gathered. 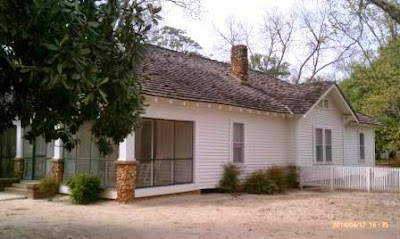 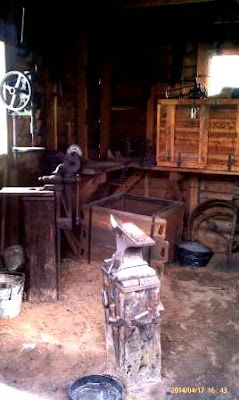 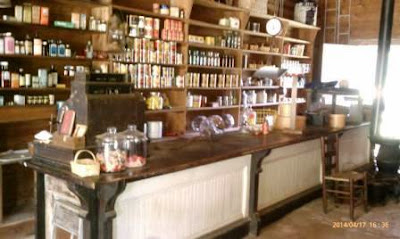 The family's store
Posted by Gypsy Jane at 2:22 PM 1 comment: