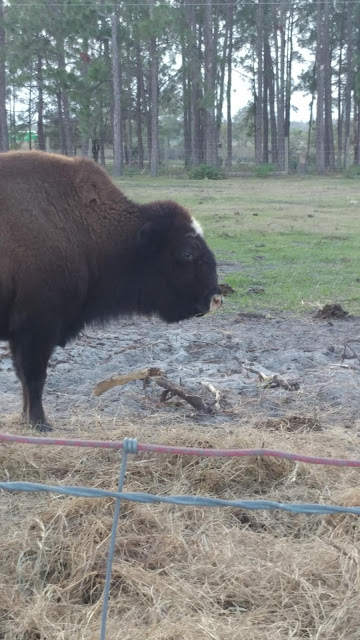 Posted by Gypsy Jane at 4:33 PM No comments:

Stopped overnight at Cobb camp in the Osceola National Forest, where I've camped with friends the last three years. Timing was wrong this year, so those folks were elsewhere this week. I miss them. 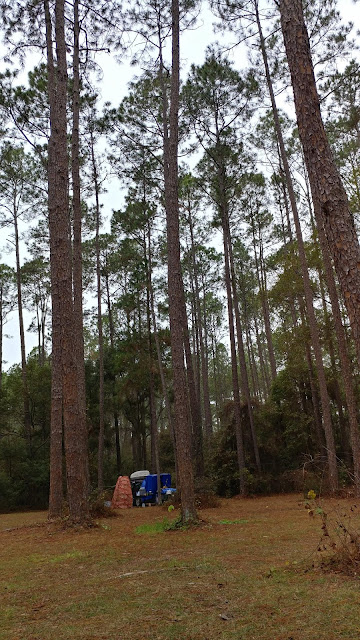 Posted by Gypsy Jane at 4:30 PM No comments:

I spent the night at Stagger Lee Music Park, where I used to be camp host. Got to visit with Lori and Sue and the adorable current camp cats. They've put in another row of hookups, built a bunk house and a laundromat and put a roof over the audience area at the stage since I was last there. 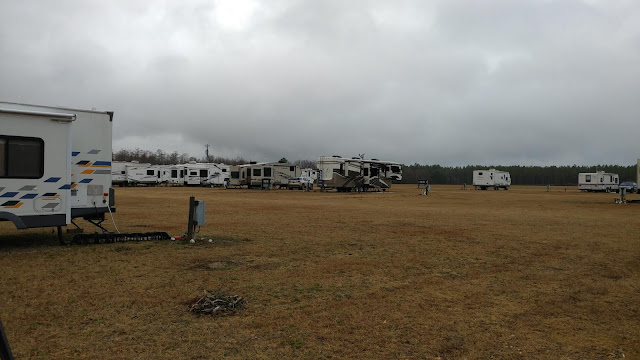 Posted by Gypsy Jane at 4:14 PM No comments:

Got into my Tardis Wednesday and went back a couple of centuries and put up my camp in the cold wind. It has warmed up and the weather is predicted to be mostly excellent for rendezvous.
This is my new to me light camp, for when I'm toting too much other stuff to have room for my 10x12 wall tent. (The tipi has a new home while I want blogging, and my Travois van has died.) It's a 7x7 hunter tent.  Talk about down-sizing. I've only got the ukulele in camp with me, as the guitar literally won't fit! But it is bunking in with a friend across camp so I can still play it.
Chores are done, water and wood. Dinner is on the fire. I'm home. 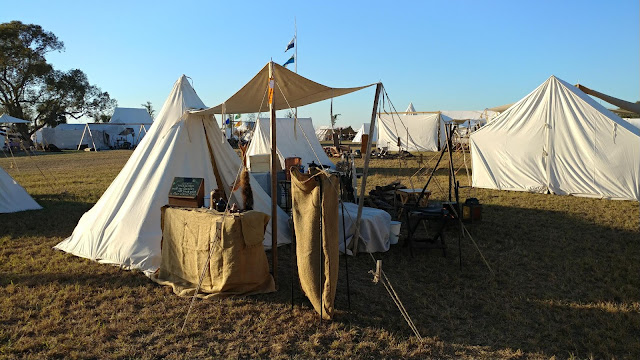 Posted by Gypsy Jane at 5:12 PM No comments:

It was an adventure but camp is set up. I'll post more later. Lakefront campsite. New gear in use. 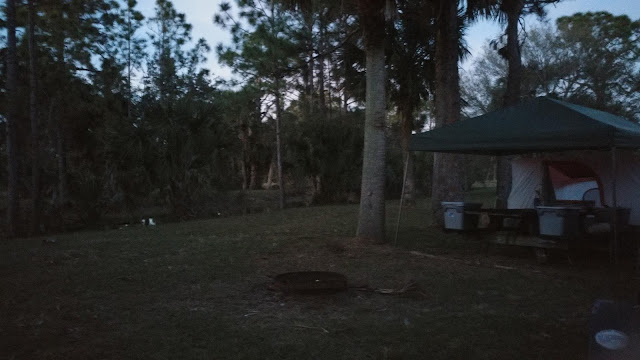 Posted by Gypsy Jane at 6:16 PM No comments:

Heading South for the winter... Flying J, Columbia SC.  Somehow everything did not fit back in the van right. That's one of GYPSY' S RULES. Stuff removed from a rolling home gets harder to fit back in, proportionally to how long it's out. I had been at my daughter's since Thanksgiving. Hypothesis proven. Again. 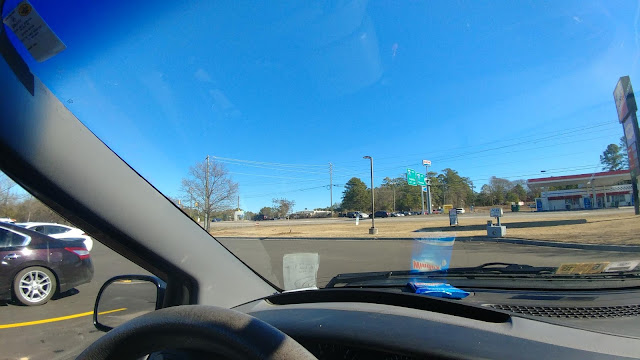 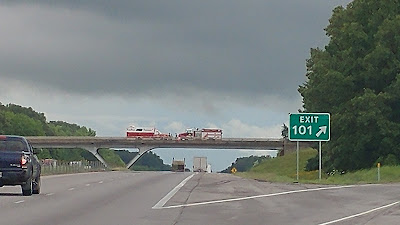 A friend asked "how will you remember 2017?" This was my answer: "By the love shared, friends made, folks visited, adventures had, serendipities enjoyed, stuff learned."

I could remember it as the year I had shingles, or the year circumstances screwed me over in one way or another, but why? That's not what I want to keep, what I want to pay attention to, what sparks joy. What sparked joy in 2017? This is NOT a complete list. 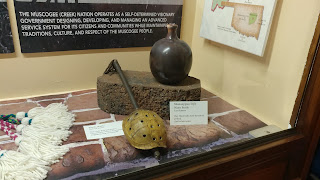 In the winter, I camped with van friends and Rendezvous friends and visited housey friends, avoided the snows, learned what spray Floridians use to repel gnats.(NoNatz, if you care.) 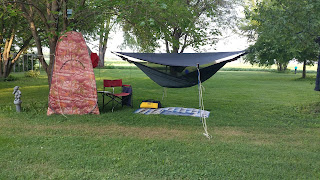 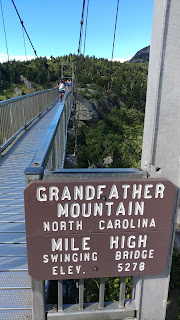 As the world turned toward spring, I drifted northwest, visiting friends along the way, some I hadn't seen in 20 years. (Yes, I'm grateful for Facebook.) I went to two Renaissance fairs, 3 or 4 Rendezvous, visited friends, visited some Very cool museums, and added 4 states to my map. Serendipitously, had a visit to a friend whom I didn't know had moved near one of those museums.

Summer came and my focus was on getting rid of Stuff, which included my big motorhome. It had been a wonderful home when I was working, but as I retired and it got older, it had become more of a stationary house and that wasn't working for me. I did flea markets and cleaning of storage and was Productive. I spent time at my VA daughters', and picked up yet another craft (kumihimo). I went to Ohio for a visit, visited Grandfather Mountain with my family, and was able to help my SC young'uns by kid and dog sitting while they traveled. 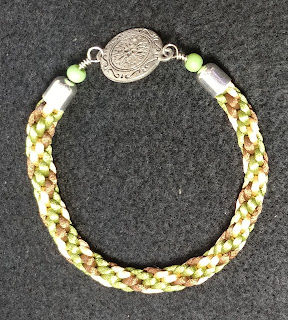 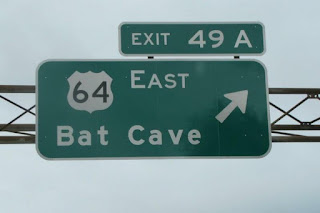 Fall came, and in between some more camping in both centuries, I unloaded more items (big van, tipi) which no longer "grew corn", then migrated south to spend the holidays at my SC daughter's. Finally recovered from the enervation of shingles, I brought my jewelry making supplies and made stuff, and also made some travelers notebooks. 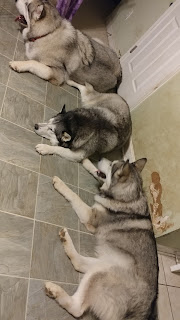 And so, that was the year that was. 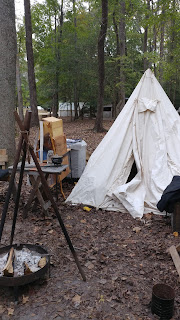 2018, the year that will be - keep in mind, as I will: What you pay attention to, you get more of. Fill your days with love , help where you can, appreciate the good stuff. Happy New Year!


Did you make New Years' Resolutions?  I did not.  They don't generally end well.  I did spend a lot of time yesterday setting up my BULLET JOURNAL for 2018.  I worked on my address list, which had been eaten by internet moths and was full of holes.  I wished a lot of people a happy new year on Facebook, spent time with family, and a lot of time petting grand-dogs.  And I suddenly realized it had been sooooo long since I've done a blog post that I'd almost forgotten I had a blog - but according to Google, people come here and read.  So it's not a New Years Resolution to resume blogging regularly, but a decision I'm making and it just happens to be January 1.

Sometime in the last year or so, I discovered (as so many others did) Bullet Journal.  The flexibility works for me.  After trying various size notebooks I settled on this size as being small enough to carry and large enough to be useful. A leather cover, refillable with lined pads. Its the same size as my Kindle Paperwhite. Turns out it's a B6 size.  I used it through several refills, including the one my grand-dogs ate.

Then I discovered Travelers Notebooks.  These are covers with elastics which hold inserts.  Infinitely customizable.  The internet is filled with companies and Etsy crafters selling all manner of Travelers Notebook covers and inserts and printables.  But I liked the size cover I already had.

I took out the insert, fitted it with elastics in the binding to hold TN inserts and a binder clip to hold my pen, put inserts in, continued to bullet journal in one, put things I wanted to keep and not have to recopy in another, experimented...


On a you-tube video - This one - I watched the maker build a Travelers Notebook using a placemat from the Dollar Tree store for a cover.  I'm a "how can I do this on no money" kind of gal, so I bought a placemat, and several composition books from WalMart that were less than $1, and built three more TN's. One large enough for the 5x7" books, and two for the mini-composition books.

See you next blog - I'm serious about blogging regularly again.
Posted by Gypsy Jane at 2:37 PM No comments: