What's Cool About This Place? part 3
Pictures are up! Yay!

This week took me back to North Carolina.

One Cool Thing about this week's towns was they all had Curves, so I was able to get my workouts back on schedule. This did not interfere with exploration, however. The day I went to Hillsborough, my afternoon was taken up with Curves and going to the bank and walking along Churton Street. Churton's the main street through Hillsborough and boasts interesting little shops and more restaurants per block than anywhere I've ever seen. They all looked like they'd be good, too. 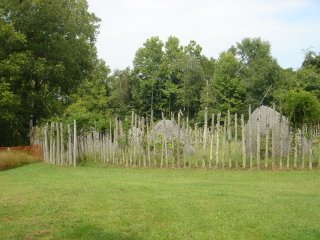 The Indian Village was hard to find. It's not exactly marked with much signage and I sure didn't expect it to be right in town between the courthouse and the doctor's office. But there it was.


There was a sign board explaining about it. There were no people around and it looked as though there'd been no activity or maintenance this year. I hope the folks in charge of it do maintain it - it's a neat site and deserves to be well maintained and visited. 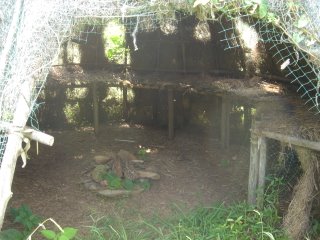 The enchiladas, by the way, were delicious.

The other town I spent time in on this trip was Gibsonville. What's cool about Gibsonville took no detective work whatsoever. My supermarket was just next door to the Gibsonville Garden Railroad. 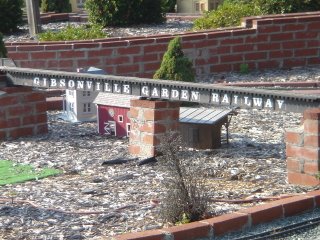 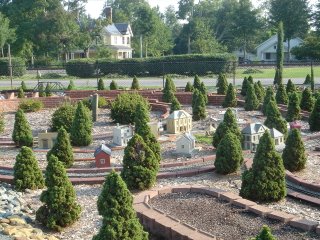 The trains run twice a week and I sure hope my travels bring me to Gibsonville again at the time they run.

Real fullsize trains run by there also. Alongside the tracks sits an elderly caboose, with wooden steps at each end so one can go inside and look. 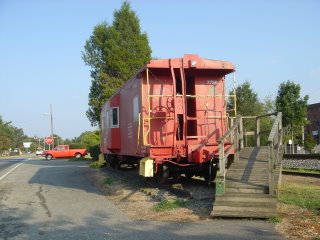 Of course, I did. It was interesting, spare and sparse, with everything labeled in stencil lettering. 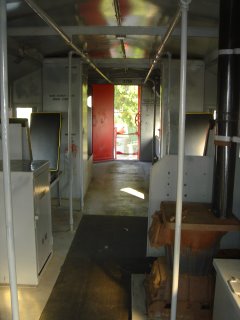 Another cool thing about Gibsonville (and they had air conditioning too) is the Deep Set Blue Jewelry Company. This is not your normal jewelry store. 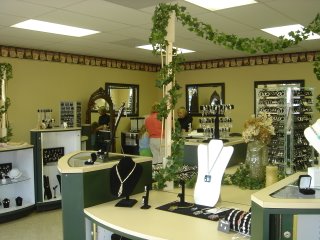 It's a gallery showcasing - was it 15? 20? more? - different artists' work - mostly jewelry makers, also a painter - on consignment. Lots of neat stuff.


And then on the way home I found an ostrich farm - so now I get to try ostrich egg and ostrich burger.
Posted by Gypsy Jane at 12:25 AM