Screens for the Van

I am going to go adVanturing in the National Forest next week. I have work close to the Forest, so I get to go play even though I have to work. It'll be a test of the new loading method.
I prefer to camp alone: no mosquitoes, no flies, no moths... so I've been working on screens.
A few days ago I stopped at Harbor Freight and picked up on sale a screen for a double garage. It's as wide as my RV awning, with a split in the middle. There's a strip with grommets to hold it in place on top, and weights in the bottom to keep it down. It's great if you have a garage. I have a van. I rearranged it.
First, The Rear Door. I started there, because it is the largest space to cover. I cut the garage door screen in half where the split is, and used half of it for the van's rear opening. This was the easy part. It was more than enough screen, and attached nicely to the roof with binder clips. 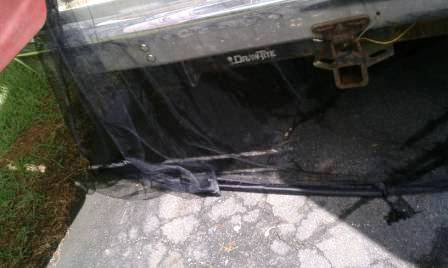 I left the weights in the bottom, even though the screen is a little long for the van's height, because that's my kitchen and maybe bugs will stay off me while I'm messing with it. And I didn't want to sew new channels.

Hmmm... I wonder if I can close the door with the screens in place? Yep. 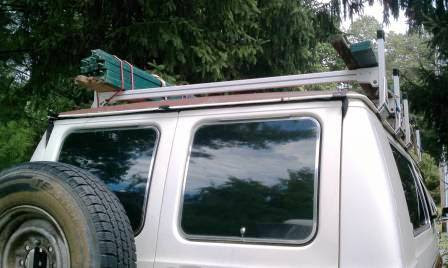 The clips aren't totally invisible, but they don't need to be. They're not the weirdest thing about this van.

The next largest opening was the biggest challenge. Time to tackle The Side Door:
This is the first time I've ever wished for the other kind of side doors instead of this sliding one. I like the sliding kind because you can still open it when someone parks too close next to you, but it's lousy for adding screens.
The first thing I did was tuck the top strip into the molding where it meets the headliner. No surgery required. 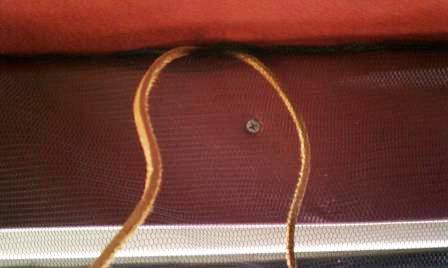 I ran leather ties through the grommets in the top strip. 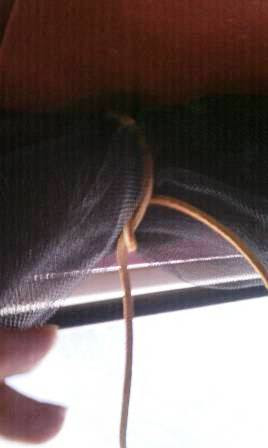 They will help it stay tucked in, and hold the screen out of the way when it's not needed.

With just the window open, I can put a magnet to keep the screen close to the door.
I discovered that the magnetic strips I had were only barely magnetic! Although the package says they will hold light items, they will barely hold themselves onto metal. I am annoyed. I have 20 feet of this inadequate stuff.

The screen hangs nicely when the door is open. Magnets will keep it tight. 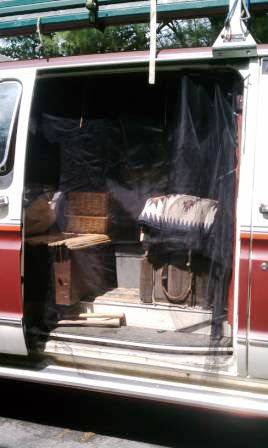 For that awkward, impossible area where the sliding door comes in, I'll have to hang another bit of screen, with stronger magnets than I've got right now. 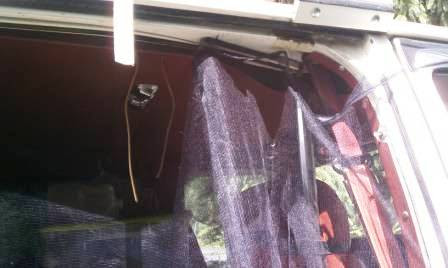 So that's a problem for another day.

Next, The Front Windows. If I'm very careful to only have one layer of screen between the strips and the door metal, and if I surround the entire screen with magnet strip, it will hold. Just barely. OK, it's not like I'm going to drive with the doors hanging open. 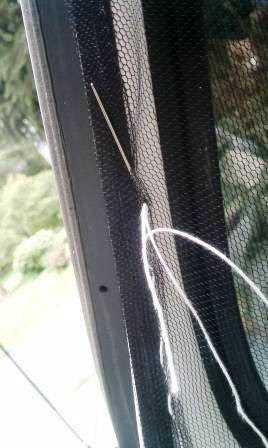 The best way to make sure it fits right seems to be sewing the magnet strips onto the screen while it is in place on the window. 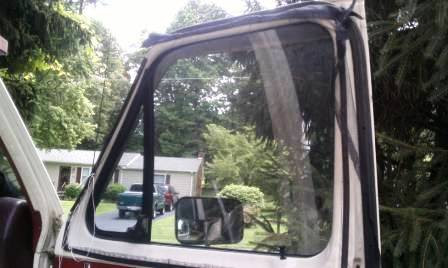 A little awkward, but it works. 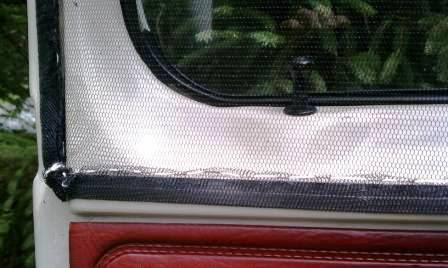 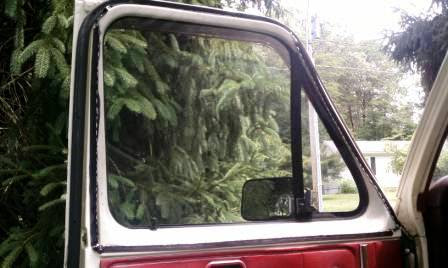 The second door was easier.

The window can be open, and the bugs can stay out.
Another thing off the to-do list :)
Posted by Gypsy Jane at 5:31 PM