Archer and Anna Huntington came to Murrells Inlet during the depression years. He was a wealthy industrialist philanthropist. She was a sculptress. They purchased a huge expanse of land for a winter home and nature preserve. This is now Huntington Beach State Park and Brookgreen Gardens. 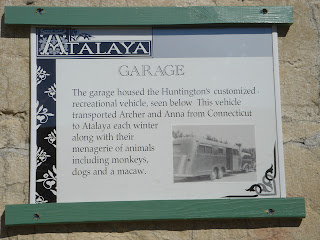 Early snowbirds, they came south from New York each year in their motorhome, shown in this picture. 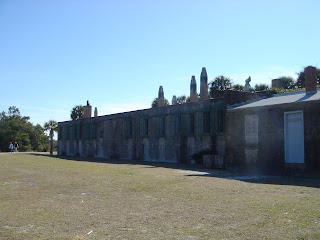 The house they built was inspired by moorish architecture and named Atalaya, watchtower. From the outside, it rather resembles a factory or prison - but looks are deceiving. 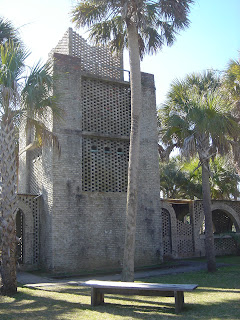 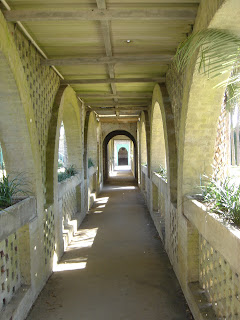 and bisected by a walkway from the front entrance to the main living rooms along the beach side. 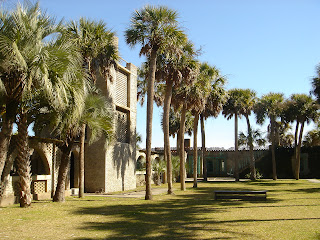 I've always thought if houses don't have wheels, they should have interior courtyards and shorelines, so I loved this one. 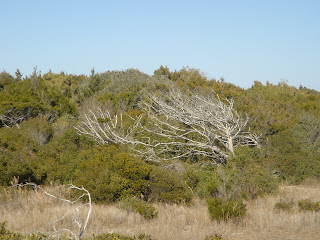 The Huntington's front yard, of course, 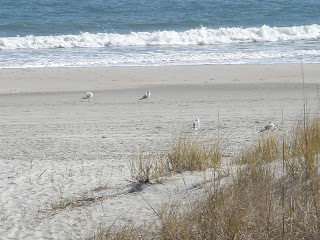 is the windswept beach. 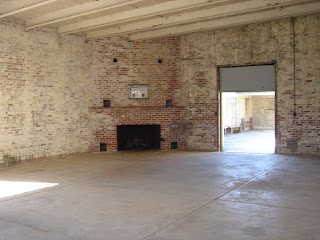 Anna Huntington was one fantastic artist. Examples of her work - and others - can be seen across Route 17 at Brookgreen Gardens (next blog entry). This is her indoor studio. 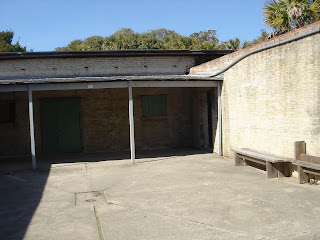 Anna liked to work from live models, so the house which was her workspace included pens for the bears and big cats who modeled for her, and an outdoor studio where she must have done this sort of work. 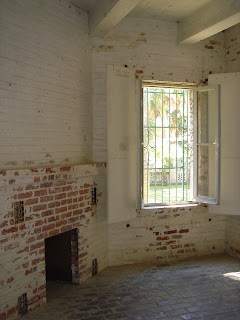 This is one of the bedrooms. All the walls are down to bare brick now, so use your imagination as I did mine to see what it was like when they lived here. 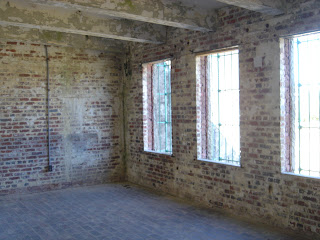 And another - I think it was one of the kitchen rooms. 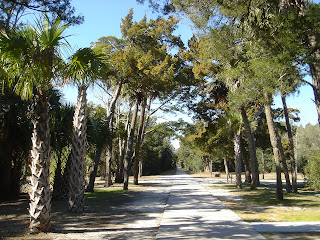 At the end of the courtyard away from the beach, the allee leads to Rt. 17 and Brookgreen Gardens.
Posted by Gypsy Jane at 12:23 PM