as my friend Sue says. With ups and downs...
As it was still ugly hot when I left NC, I left the Callicat at her summer home with Aunt Phylis. They love her there too, but I miss her. 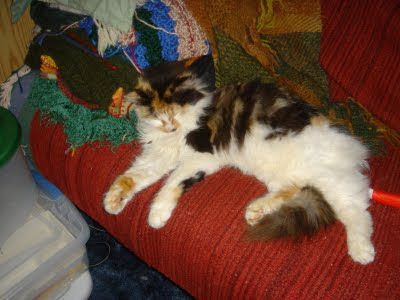 I spent the past month or so doing store sets in the Lynchburg area, which meant I could spend weekends - and even a couple of weeks - at the Izaak Walton campground which I've previously posted lots about. One store was so close to the campground that if it hadn't been a night set and long hours, I could have ridden back and forth on my motorscooter. As it was, I used the Escaper for a sports car. It felt like one, after driving the Holiday Rambler. And it needed the exercise.
It also needed a new battery, as did the scooter.


I got some much needed cleaning and sorting done in my storage, hauled a bunch of stuff to Goodwill, and have a few things that are worth my effort to find new homes for posted in my Facebook pictures. I have people that want some of this stuff - the trick is to figure out how to get things to people. 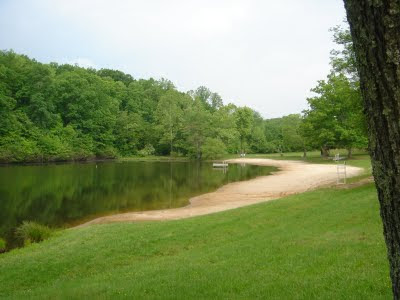 The 2 weeks that I was actually able to stay parked at the Lake and drive the Escaper to work were great: a swim in the lake does wonders for your attitude after a long night at work. 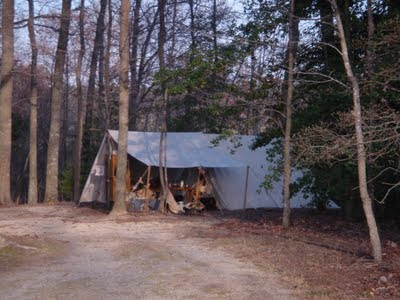 Spring OVPR, last March. I was truly exhausted when we got done with last weeks set, even though it was perhaps the easiest (for me personally) total tear down I've done. So when the options for work this week were Georgia or Philadelphia, I took the week off instead.
I am SO glad I did. Never mind the R&R factor - I wouldn't have made it to work anyway.


I left the Lake Sunday afternoon to drive up to my home driveway, 70 miles north. Heard a noise, pulled over, identified the problem,

called road service. (It's really easy to identify the problem when your drive shaft is dragging on the ground!)
The State Trooper who arrived during the phone call said since I was in the road, I had to be towed within a half hour and Road Service couldn't accomplish that so they let him call from his list. So I had to pay for the tow and submit it for reimbursement.
Tow truck came at last, and towed me to a safe location - level, too - and Road Service was to send a mobile mechanic in the morning. (It occurred to me that it was good Callicat's in NC - she HATES tow truck rides with a feline passion!)
Except it took them until noon to find one. This isn't a very populous area. That mechanic called and told me that although Road Service would cover part of his coming out, he was far enough that the rest would be quite pricey and I would be better off calling someone local if I could.
Sheesh - it's NOON now. I fortunately have in my Palm the name of every mechanic that's ever been recommended to me as good and one was 20 miles away. I called and said mechanic was actually just a few miles away, picking something up, and could come right over and look at it.

He did, he fixed it, all better now.

This shouldn't have happened. 800 miles ago, when I broke down in NC, the tow truck driver advised me to make sure the mechanics checked my U joint. So I had them check it. When I had a vibration noise going down the road, they checked it again. I SAW the mechanic check it. Perhaps he only checked visually and it looked fine, but the bolts were loose - loose bolts is what both this tow truck driver and this mechanic said caused the failure. So the unidentified vibration that "wasn't the U-Joint" is now fixed. Imagine that.
Posted by Gypsy Jane at 5:07 PM